GO15, the association of the Very Large Power Grid Operators, serves more than half of the world’s electricity demand.

Created in 2004 after several blackouts had occurred, this unique organization is dedicated to high level exchanges. It offers industry leaders the opportunity to
address major strategic and technical issues affecting the safety, the reliability and the sustainability of power systems.

Convinced that the transmission grid and a resilient power system are key to energy transition, GO15 aims to favor bilateral and multilateral international collaboration to
prepare a sustainable future. 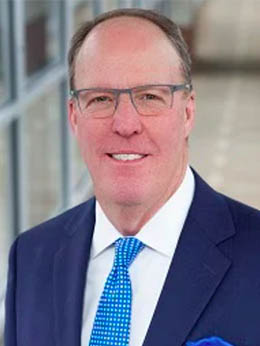 John Bear joined MISO in 2004 and has more than 25 years of executive leadership in the utility industry. As Chief Executive Officer of MISO since January 2009, he leads MISO’s continuous efforts to work collaboratively and transparently with its members to reliably deliver low-cost energy through efficient, innovative, operations and planning.
Prior to his current position, Bear was MISO’s President and Chief Operating Officer, overseeing the initial design, implementation and daily operation of MISO’s energy markets and transmission system planning.

Previously, Bear was President of Houston-based Reliant Resources where he directed all operations and commercial activity for 14,000 megawatts of generation as well as serving as Managing Director of Reliant’s European Operations.

He is currently an Advisory Board Member of the Energy Systems Network (ESN), an initiative focused on bringing “clean technology” solutions to market.
Bear is also a member of the Governance Board of the Ohio, Kentucky and Indiana Chapter of the Make-A-Wish Foundation and served as vice-chair of the Indiana Regional Board.

Bear was recently appointed to the board of the Electric Power Research Institute (EPRI), a non-profit which focuses on energy and environmental research.
He served on the Nuclear Energy Advisory Committee which provided input to the U.S. Department of Energy on matters related to their Nuclear Energy program.
Previously, Bear served as President of the GO15, the world’s largest power grid operators. The GO15 shares knowledge on key issues representing more than 75 percent of the world’s electricity demand and 3.4 billion customers on 6 continents.

He is a former Board member of NERC regional entity ReliabilityFirst, and a founding board member of the Amsterdam Power Exchange (APX). 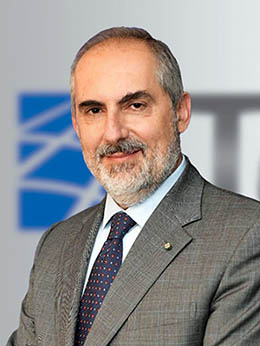 Stefano Antonio Donnarumma has been Chief Executive Officer and General Manager of Terna since May 2020.

In 1993 he graduated with a first class degree in Mechanical Engineering and, from 1994, was entered to the Register of engineers.

Stefano Antonio Donnarumma, who is married with three children, boasts a consolidated experience in industrial management, as regards both production and infrastructure, working at domestic level and on international projects.

In 2007 he moved to the public service infrastructure management sector, joining the Acea Group, where he was appointed Chief Operating Officer of Acea Distribuzione (Rome electricity networks) and director at ATO2 (water networks for Rome and province).

In September 2012 he entered the Aeroporti di Roma Group (controlled by Gemina, later merged into the ATLANTIA group) as Director of Airport Management and Accountable Manager for Fiumicino and Ciampino Airports and Director of some of the Group companies.

In May 2015 he was appointed Director of Networks for the A2A Group, a listed multi-utility company based in Milan and Brescia, managing the group’s companies concerned with the distribution of gas, electricity, water, district heating and public lighting. On behalf of A2A he is also Chairman of the companies Unareti SpA, A2A Calore e Servizi Srl, A2A Ciclo Idrico SpA and a director of the LGH SpA Group. 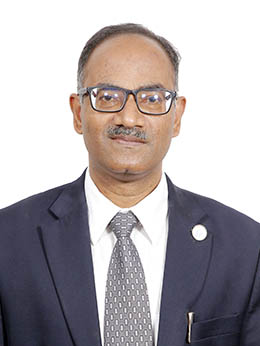 Mr. S R Narasimhan is the Chairman and Managing Director (CMD) of Grid Controller of India Limited (Grid-India), since 25th March 2022, formerly known as Power System Operation Corporation Limited (POSOCO). Prior to this assignment, he was Director (System Operation), in the same company from Nov 2018.

After a Bachelor’s degree in Electrical Engineering in 1986, he joined BHEL, a premier power generation equipment company in India and had a brief stint at a coal power plant construction site. In 1988, he moved to Central Electricity Authority (CEA), Government of India to take up Power System Operation at the Northern India control centre, New Delhi where he worked till March 2010. In between during 1994-1996 the System Operation function in India changed hands from CEA to POWERGRID as part of the reform process. He also completed a Masters in Business Administration (Finance) in 1997.

In 2010-11, he had a brief stint at the Western India control centre, Mumbai and thereafter at the National Control Centre, New Delhi from 2011 and going on to head it in 2018 before becoming a member of the Grid-India Board. He has extensive experience in interconnection of regional grids in India leading to a synchronous All India electricity grid in Dec 2013 and the interconnection with neighbouring countries of Bhutan, Bangladesh and Nepal.

Mr. Narasimhan has contributed to several Expert Committees at the Government and regulatory levels in different areas ranging from system operation, grid integration of Renewable Energy (RE) resources, Grid Code and optimization to institution building.

He is a Fellow of the Institution of Engineers, India, Senior Member of IEEE and a Distinguished Member of CIGRE. He is the Chairman of CIGRE Study Committee C2-India since 2022. He was conferred with the IEEE-PES, Delhi Chapter Outstanding Engineer Award in 2019. He has published over fifty (50) papers at the national and international level and widely travelled. He is passionate about making our energy systems more reliable, resilient, economic and clean along with a commitment to technical excellence and the highest ethical standards. He is married with two children and is a keen marathoner. 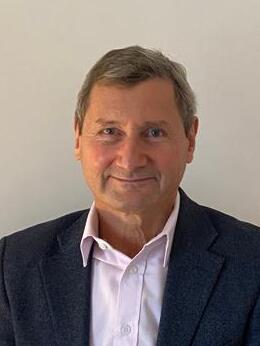 Bruno Meyer served as senior executive at RTE from 2009 until 2019, overseeing business development.

For 5 years he was CEO of ARTERIA, a telecom subsidiary of RTE.

He was at EDF from 1985 until 2008. There he held various senior management positions in R&D, Power system technology, power system dynamics, energy economics, and system planning. He was VP for the R&D program in Transmission & Distribution for the whole EDF Group.

He is president of consulting firm ConsultBKM.

Since 1990 is a committed volunteer in several scientific and professional associations.

An IEEE Fellow (2008), he served in IEEE Board of Directors and in the Governing Board
of the Power & Energy Society. He is Eminent Member CIGRE (1998) and received SEE
Ampère (2017).

He co-authored a book on power system simulation and authored or co-authored more than 60 papers or conference papers.

Bruno is fluent in French, English and Portuguese, and near fluent in Italian and Spanish.