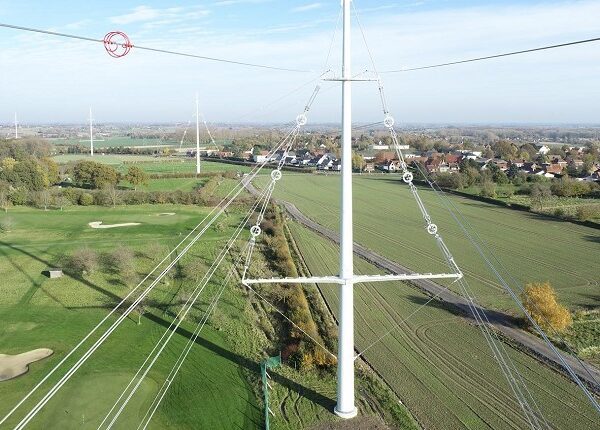 On December 16th, RTE commissioned a new 400,000 volts power line in the northern part of France (Hauts de France region). This link will strengthen the power supply for 2 million people, reinforce interconnections with neighboring European countries, especially with the Belgian electricity grid operator Elia, and support the development of sustainable energy in the area.

The 60-year-old line had so far only had one circuit, unlike all other lines in the northern part of France, which were built with two circuits. It was regularly at the limit of its electrical capacity. RTE decided to consolidate the line in 2011, a project which involved enabled the creation or the participation of 220,000 jobs in the region.

This project also boasts an architectural feat: RTE has organized a competition to design a new type of tower. A panel of citizens and experts have chosen the tower model called “Equilibre”. Forty-five newly designed towers have been built for the project sake, in order to replace the old ones and embellish this strategic electrical infrastructure for the region.